5 steps to harmonising pay and reward in M&As 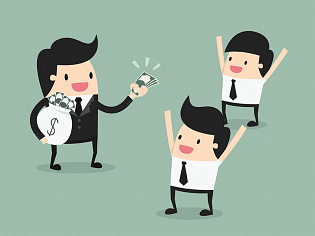 Over the past decade mergers of Government Departments, Agencies, NDPBs and regulatory bodies has become a commonplace occurrence.

Lessons learnt from the various mergers that have taken place have been well documented. Good practice guides have been compiled and a plethora of other related material has also been published to help others manage what is a very challenging and complex undertaking.

Yet, whilst the reward agenda, particularly pensions, is acknowledged as an important policy point (and a key part of culture) there is surprisingly little commentary on the detail and issues associated with the pay management issues linked to that agenda. Issues relating to pay management and in particular, the mechanics of developing and managing new pay arrangements through merger-transition and beyond seem to be reserved solely for those engaged in the detail of HR planning or, more usually, those appointed to the ‘Pay & Grading’ HR workstream.

In a merger context, the pay management agenda can have a powerful and lasting effect on the strategic direction of the new organisation.

However, in a merger context issues relating to the pay management agenda can have a powerful and lasting effect on the strategic direction of the new organisation. There is, of course, a paradox here. In strategic terms the opportunity presented by a merger to start afresh with a new mission and outcomes should rightly focus attention on getting the right organisational structure and processes in place to make the merger a success. This, in turn, should start to focus attention on cultural integration including the need to break down ‘old silos’ where these are seen as a barrier to the ways in which the new organisation wishes to work. And whilst existing pay management norms of the legacy organisations do not figure as part of this debate; in the civil service arena the norms of the traditional seven level (below Senior Civil Service level) grade structure will at some stage loom large on the horizon!

Where things can come unstuck

Implicit in this assertion is the assumption that operating around the traditional seven level civil service grading hierarchy is largely unsuited to the shape and style of the new organisation. It may well be the case that these traditional pay and grading norms will not present either a structural or cultural barrier to the ways in which the new organisation wishes to manage and develop its business. Theoretically, this should facilitate the integration of roles from each of the legacy organisations onto a common pay and grading framework the basic mechanics of which everyone will be familiar.

Yet, in our experience even where JEGS and JESP – the principal civil service job evaluation methodologies – have been used previously by the legacy organisations, issues around job weight boundaries, interpretations and consistency of job weight judgements, and most importantly relative levels of pay for roles of supposedly similar job weight, still abound. If not carefully managed these issues can take centre stage with the spotlight firmly focused on resolving questions of job weight parity between roles from different legacy organisations.

Taking pay in a new direction

However, when the outcomes of that analysis suggest a move away from traditional pay and grading norms this can often force the strategic imperative to be weighed against the management appetite for changing those norms (and taking staff and their representatives along with that change).

In the civil service arena these are very powerful norms. Not only will staff representatives argue fervently for retaining links to the core civil service grade structure (preferably underpinned by JEGS), pay progression based on length of service to pay-band maxima and little or no external market-rate differentials but its also likely that the sponsoring department (in the case of newly created NDPBs) and Treasury will need some convincing that a move away from accepted pay management norms is in the best interests of the new organisation.

The journey is by no means simple, but the destination is worthy: the union of two sets of employees and pay structures that can ultimately influence the success of the merger and its return on investment.

However, in judging whether the business imperatives outweigh the management challenge it is also necessary to consider whether:

It perhaps goes without saying that selecting a pay management option that is fully integrated within the reward strategy and aligned to business needs is key to reinforcing core messages about the new organisation’s culture and employment proposition. And in this respect, the paradox is that the development of appropriate reward solutions in mergers and integrations can be as important as strategic decisions made about the organisation’s future structure, culture and workforce strategy.

If this is the case then the question is how to manage the process to ensure that the development of new pay management arrangements does not become a stumbling block to the new organisation’s ambition in establishing a new structure and potentially new ways of working.

Our approach to reward solutions in these situations is to match the pace of change to the development of the organisation’s capability to deliver – and its readiness to move on.

It also means engaging with staff (and their representatives), the sponsoring department, Treasury and Cabinet Office at the earliest possible juncture to develop a workforce and reward strategy that meets the business needs of the new organisation as well as the requirements and norms of public sector pay policy.

Beamans can develop rewarding new pay solutions in your merger 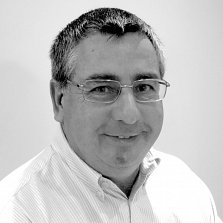 This article is filed under: Pay scales Mergers Reward