The gender pay gap reports are in. Now what? 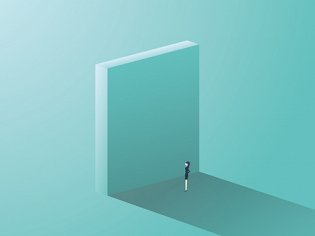 Now that the 5th April 2018 deadline has passed, and more than 10,000 firms have published their gender pay gap reports, the BBC is reporting that the figures show that at the mid-point (median):


Many have produced narrative reports to explain the data, but how many have published an action plan to address the fundamental issues raised? Perhaps that doesn’t matter at all. The important question is whether this has captured the attention of the top team and how they propose to move on.

Equal pay in the Civil Service

Some organisations have been addressing equal pay seriously for many years and have made progress in making sure they pay men and women the same for work of equal value. For as long as I can remember, the civil service has been trying to increase the number and proportion of women making it to the senior grades; in 2016 the proportion of senior civil servants that were women exceeded 40% for the first time. This represented a huge change from the 1980s and a continuing upward trend from the mid-1990s. Progress can, and has been, made. As the total proportion of civil servants who are women is now 54% compared with 41% in the senior civil service, there is still a way to go. There is always more to be done.

The BBC is reporting that the figures show that at the median, 78% of firms pay men more than women on average

The civil service has quite a lot going for it in terms of being able to offer excellent no-pay benefits, such as a range of flexible working practices, and high quality learning opportunities and provision; and, for the purposes of gender equality, arguably benefits from not being able to match higher salaries being paid in other sectors. And yet it still has a gender pay gap.

So what does this mean for you and your organisation?

When do you reach the point as an employer where you butt up against social norms and expectations affecting a whole nation? And how far and hard do you push the boundaries?

The fact is that each company looks to itself and its competitors to see how it stands in the sector. We might hope that works like executive pay and results in ever higher outcomes. But it might just serve as a recipe for complacency.

Looking at your own organisation’s pay gap, whatever the industry or sector you are in, gives you a headline. The important thing is whether the top team and everyone working there understand it and accept it. Which takes me back to the old adage. If you can’t accept it, change it. To me that was the whole point of these figures – a call to action. And for individuals, if you don’t accept it and can’t change it, then you can leave it. Therein lies the risk to employers. And it may not just be people leaving. It may also deter others from joining you. In a time of uncertainty, that is not what you need.

How we can help